The Big Cinch, Chapter One: Goodwill

I tapped the Judge’s office door, once, then twice more. At his beck and call day and night, I was. “That must be him now,” Judge Dolan rumbled through the oak panel. “Come on in, Joye.” He was behind his desk, and a swell doll in a smart black dress sat across from him. He gave me a nod and a wink and said, “Mrs. Humphrey, please meet my assistant, Mr. Sean Joye.”

The lady stopped rooting through a beaded bag on her lap and looked up. Pale blue eyes behind a short net veil met mine. They gave me the once-over. A high-society doll and not a bad looker at that. She hadn’t bobbed her hair yet, like half the women in the city. It was all pinned up, mysterious-like, under her wide-brimmed purple hat. Whatever this job was, it couldn’t be all bad.

“Sean, this is Mrs. Taylor Humphrey,” said the Judge. “She brings me an interesting problem.”

I didn’t think she meant it. I shook her sweaty palm, which smelled of Shalimar and jumpy nerves. “Mrs. Humphrey, an unexpected pleasure. This fine morning is now brighter, indeed.”

Her look told me, “Cut the blarney, paddy,” but she said, “The old woman in the lobby predicts snow. The ghost from the elevator shaft told her so.”

I didn’t know which old woman she meant but pretended I did, doubling down on the brogue. It seldom failed me. With American women, anyway. Gents? Not so much. “Pulling your leg was she?”

At that time, I didn’t know any better than old granny tales, that ghosts were merely folks carried off to Faerie, come to pay a bit of a visit to our mortal realm. Not that I’d ever seen any of the fae, including ghosts. At least, not in the courthouse lift. Other places perhaps? I’d just as soon not dwell on that.

Violet returned to the bag and fished out a photograph. The Judge took it, gave it a glance, and handed it back to her. “Why don’t you explain your problem to Mr. Joye?” He folded his hands across his tweed waistcoat, leaned back in the chair, and smiled. I’d never seen him more pleased with himself. “Of course.” She took a deep breath. “This is difficult.” I dumped my coat and fedora on the coat rack and pulled up a chair. “It’s about my sister, Lillian. Lillian Arwald.” She indicated the photograph in her hand and handed it to me.

A pretty young woman—a child, really—in a white, high-collared dress that hung near her ankles, smiled out of the sepia-toned picture while her eyes challenged the world. She looked about sixteen years old. Long blonde hair was pulled back from her face with a fancy comb and hung in loose curls down her back.

“We had a small family squabble, and now Lillian’s run off.” Violet looked down at her lap. She bit her lip, like she was about to cry or something.

I didn’t buy it. Something had spooked her, but it wasn’t the need to discuss her sister’s indiscretions with a circuit court judge. “Do you think she’s in danger?” I leaned in closer. “Sounds like a job for the cops.”

“No, no. Nothing like that. Her debut is this weekend at the Piasa Lodge Ball.”

“A party. Where young ladies are presented to society.”

I nodded like I understood. I didn’t understand. “And it’s in a piazza? Somewhere on the Hill, I guess.” I tried with difficulty to picture which courtyard in the tidy Italian neighborhood, not far from where I stayed, could hold a fancy society party—in February, to boot.

“No. Piasa. Pie-uh-saw,” Violet said as she crossed her arms. “The American Indian mythological figure? The painting on the river bluffs discovered by the first French explorers?”

The Judge looked embarrassed at my ignorance. “At least a dozen businesses in St. Louis and even more across the river in Alton are named for it,” he said, smiling at her. “And, of course, the premier civic booster organization of the city.”

“She’s been a bit wild.” Tapped the picture in my hand, Violet said, “That’s from a few years ago. Now her hair’s cut short. Skirts too.”

I liked the twinkle in Lillian’s eyes and something about the smile. The girl had a secret or two, just waiting for the right moment to bust loose.

“She’s just in a phase,” Violet continued. “She’s engaged to be married to a respectable attorney.”

“Trouble with the boyfriend?”

“Perhaps.” But from the look on her face, the boyfriend had nothing to do with it.

There is so much going on in this book and I found myself quickly turning the pages as the events build, unfold and eventually intertwine in what is a clever fusing of several stories that centre around the strange dark small town known as Blackwater. Bruce Knapp has delivered a tale that is dark, sometimes gruesome and wholly satisfying and the setting is delivered well and through the multiple characters. Throughout, the story evolves along with those characters as everything plays out.

“Grim shadows loomed over Blackwater, trying to conceal the hatred, but the evil continued to grow like a fungus, a black poisonous mould…“

We see those who are looking for faith, some with lust on their mind, religious types, businessmen, lawmen and even those on the fringes of the occult and witchcraft. Hell, there is even something monstrous lurking in the local ‘Suwanee’ river, this tale really is one of variety that even feels like an anthology piece that is all wrapped up in less than a 200 pages and with short but sharp chapters which keeps those pages turning and the flow consistent.

Main character ‘Robert Thompson’ seems to have a dark cloud following him and his choices soon lead to a shocking and gruesome turn of events. It was at this moment I really became invested in the story. Robert is a changed man from this point and his journey is filled with sometimes graphic brutality to himself and others. Of course that cloud hanging over him has a name (‘Nyx’) and plays an influencing role in the form of possession.

Eventually we see the ‘Noxious’ part of the story which kicks in later on but has been cleverly built from the early stages. Of course Robert’s journey culminates during this satisfying finish for a book with so much variety in the horror genre. The town and setting of Blackwater feels like a character in its own right, it’s always there, hanging over everything with a certain darkness. This makes for a great atmospheric feel to the reading experience.

Those who like multiple character led stories with elements of the occult, witchcraft, paranormal that’s a little graphic in places will enjoy ‘Noxious’. Everyone else may just end up in the ‘Otherworld’ on Leap Day.

4 Stars – this review first premiered via Reedsy Discovery. Reviews left on both Amazon and Goodreads.

Somewhere between unique, random and fun is where you’ll find How LJ and Rom Saved Heavy Metal which is a road trip story with a difference. This unique tale is told with imagination that makes for perfect escapism while also carrying an intelligence with snappy dialogue, fun characters and interesting encounters.

Main characters LJ and Rom decide that they are done with rally car racing and decide to make a pilgrimage of sorts across country along the open road to save their close friend. The action picks up quickly and doesn’t let off the gas near enough all the way through page turning chapters where our heroes come across a multitude of ‘out there’ experiences from trashing motel rooms rock and roll style, fixing their vehicle, high speed racing to even the supernatural and everything else in between. The unpredictable is at play here, making it feel like the story could go anywhere next and it does. There are even zombies!

In most logical circumstances everything in this story shouldn’t work, but it does and the style of writing just flows and works flawlessly in what is one of the most original books I have ever come across. It’s clear that the imagination of S.D McKinley is one of a gifted story teller with an original voice.

5 Stars – A real interesting and fun read. Thanks to the author for providing a copy in exchange for am honest review. Reviews also left on Amazon and Goodreads. 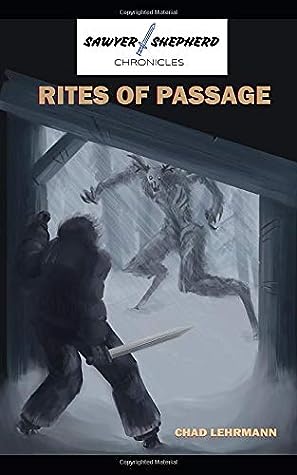 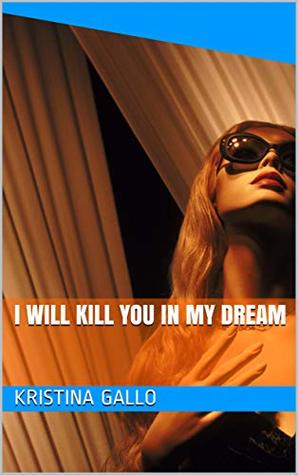 Be careful with dreams, they may come true….

Everyone who has been through the struggle of fitting in at school can relate to this short story about teens in Croatia during a time of transition for the country. Teachers from the previous political regime don’t help, parents cannot relate and the popular kids don’t help. If you’re not one of them it’s difficult. Even if you attempt to get in on the social scene it involves going to a seedy club where ‘whoever survives could make a story’ which works as a metaphor for the wider environment this story is set.

‘Helena’ like a lot of teens has potential but is otherwise engaged, for this she is berated by the school while also made to feel invisible. She’s not a bad student but perhaps she attracts bad things and then the dreams begin…

‘I will Kill You in My Dream is an engaging and satisfying short story with a supernatural edge about the struggle of being a teen.