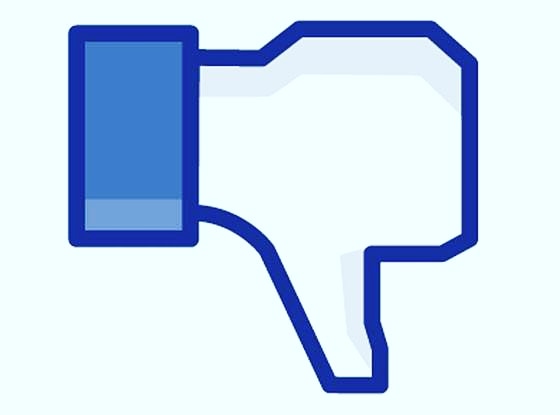 I’m quitting social media. I’ve concluded the world was a much simpler and pleasant place without the social ramifications and expectations that the likes of Facebook carry. Technology has leaped in recent years mostly for the better but social media in most parts is spiraling this world and its inhabitants into a blind depression. Nobody every turned around and thought about whether they should have created social media, they just did it.

The likes of Zuckerberg ignored the social responsibility of creating a network that is driven by people participation who are constantly on the look out for likes and instant gratification. This is a future that some always predicted, a future where people are controlled and most of the time unknowingly, its bleak. We as a race are addicted and reliant on screen scrolling and nobody ever thinks about whether it enriches anyone and this is the crushing realization for some, it doesn’t enrich, it stifles us. Social media fosters depression, it creates negative feelings of emptiness by filling us up with false hope that everyone is going to like that heavily staged photo or attention fishing post.

Most of you will look at this with a sideways glance, that’s because you probably haven’t ever thought about it or you haven’t had that moment of clarity yet but you are addicted to scrolling. You can’t not look away, even when nothing is happening you are scrolling. We were never built for this, social media is just a symptom of technology, and technology is in fact a symptom of corporations. This isn’t a ‘down with the corporations’ protest piece, its reality knocking at the door. We as a people are regressing because of this and there are generations of kids who are becoming more and more depressed because they are trying to conform on the internet. We never had this problem before because social media didn’t have the power, now it does and its dangerously damaging.

When was the last time you scrolled on Facebook or twitter? Probably minutes ago, and it will be just as long until you do it again. How long could you stay off it? Would you even miss it? These are questions I found myself easily answering without remorse. No I wouldn’t miss it because I am on the verge having enough of emptily scrolling. Above all I have had enough of creating posts that nobody looks at, I’m a writer, I write books and plays, I struggle enough in getting people to read my art and quite frankly fuck putting up posts for nobody to look at, that’s not what I am on this planet to do. I am here to create, I am here to build worlds and immerse people in them, I am not here to give a shit about how many empty likes my last Instagram photo had. My energy in life is not aimed at shitty social media, a thing quite frankly I could live without and a thing I will thrive without. I implore you to consider doing the same, use your time wisely, use your time for something else, enrich your mind and read a book instead, buy one of mine, I guarantee they will put you in a better mood than any scrolling ever will, go for a walk, take in some the fresh air, take a drive, speak to real people and for the love of god do something better with your time.

As of now I have deleted my Facebook app on my phone. I still look at it every now and then but not constantly anymore. I deleted the twitter app a month ago but again the same applies. I’m not fully leaving and can still be contacted, I’m just reducing my presence for sanity. Next month I will be going dark for a while. This won’t have any effect on my career as a writer, I will always be writing.

This post is old. I’m impressed that you found it….

Both Darke Blood and Open Evening  were available for free but they are still competitively priced, maybe check them out…

That page and the many loyal likers over the years have been there for me through everything! Thank you to everyone for the support, this has been a wonderful journey with all of those who have joined me since 2012. Old and new, you all rock!

And so as I cruise hopefully soon towards the big Four hundred I have set out to pay that loyalty back.

The other huge news is….

Yes If you follow me on instagram and of course Facebook you will know that yesterday I crossed another enduring milestone. My next book is officially drafted! Right now all I will say is that yes it is the sequel to Open Evening and it is called CEMETERY HOUSE.

Those who have read Open Evening all the way through will know a little something about where the story will go next. This time around instead of introducing a universe I have taken that ball and gone all out into a sprint with it! Hopefully after some extensive work before even taking it to a professional edit, we will have an awesome sequel which carries on the story.

And yes this book is also linked to Darke Blood and will follow into the Darke Blood sequel which is available now and called Darke Awakening!

That wraps up this weeks news and now I need to lie down. Peace out, don’t text and drive and thank you new/old followers/likers/readers/fans/cats….

My social media world has been running wild this past week and hopefully by now all eyes are on my debut novel OPEN EVENING!

You can grab yourself a copy here, either in freshly printed paper back or via e-book!!

‘Embrace the unexpected’ as the story unfolds around a high school where one kid believes he doesn’t fit in, soon enough his instinct becomes truth and a fight for survival begins! OPEN EVENING is currently the only paperback in the top 20 ‘occult’ chart!

The support and response I have seen so far has been absolutely amazing and I would like to thank all those who have got themselves a copy. Don’t forget to leave a review and let me know what you think. It’s been an amazing journey to finally reach publication and below are some of the highlights from this past week!

If you grab yourself a copy don’t forget to take an #openevening #selfie and tell the world about my debut book!

The world is just days away from the official launch of my first book OPEN EVENING!

It’s time you embraced the unexpected and joined me on this incredible journey to publication in just under a weeks time!

So in my attempts to get as many eyes on the product as possible I am running a book give away competition.

I, Lee Hall have two freshly printed paperback copies to give away. They will be signed and addressed to the two lucky winners who will be notified on the 28th of September 2016 (the day before the book is officially released).

All you have to do is the following….

Optionally and I will take this into account, you could even use the hashtag #openevening whilst sharing the event. Also feel free to share the event on other social media sites. The more you do the more chance I will choose you (don’t work too hard though)!

Good luck and I very much look forward to signing the books!

"From heart, to mind, to hand to pen - the journey of our imagination is a long but rewarding one if you dedicate time to it."
Grinding out a following the long way on Twitter and it may just be starting to pay off. 9k is huge. Thanks for the support. I'm hoping 10k will coincide with the release of book 7. Cover reveal and pre order launch coming real soon. Stay tuned! This train dont stop...
The month of April 2021 stands as my greatest ever as an independently published author. I've become determined to prove and help others on this journey and these statistics will hopefully show that being 'indie' is viable.
My first appearance in a writing magazine! You can read a nice interview in the latest issue of Writers' Forum Magazine (Issue 232) about my publishing endeavors along with some other awesome wordsmiths. Thanks to @susiekearley for interviewing me.
A huge thank you to the 800 plus folks following my Hall of Information blog. It's been one hell of a journey and I know I dont post on here that often but I thought I'd check in. You'll be able to read all about how I got that awesome blog following and much more next month as my self help guide book will be released. It's all about Consistent Creative Content and that happens to be the title of that book. Rock and roll man!
I'm not going to lie when I say having your largely unknown book thrust in front of 10,000 readers is just a tad overwhelming... the amount of reviews literally doubled in a week. That's 3 years worth of reviews in 7 damn days. For those who left the kinder words, thank you.
I'm an Amazon Best Selling Author now.
I think the promotion went well. Over 10,000 downloads! That's more than I've ever sold ever... good times... thanks for the support folks
FREE to download today only
Officially announcing Book 7
Keep going #authors expand your horizons and connect through social media and you'll find readers. Stuff like this isn't what I'm used to but I'm incredibly thankful for. That tribe of readers I'm lucky to call my own isn't big but its mighty and growing!
Sharing some wonderful words about my words from fellow word smiths. Reviews are so important to small time businesses and artists who have stuff for sale. I guess I'm in that category so thanks for the support. This year we need to find things that will brighten the dark no matter how small and reviews do that for me...