There are five corners to a pentagram.

This Pentalogy is governed and connected by those who look to expel evil from this world.

They are The Order of the Following.

These stories stand on their own but they are also linked….

A story of survival of what lurks underneath the fringes of small town America. The sole follower arrives and leads an unlikely group…

‘Twister pointed to a small pentagram tattoo on her inner arm. Over the top was a more prominent tattoo of a crucifix. He then revealed the exact same mark on his arm…’

Vampires and the occult world; two pillars which are linked to the story of Open Evening while also cutting its own path through the lightless void… 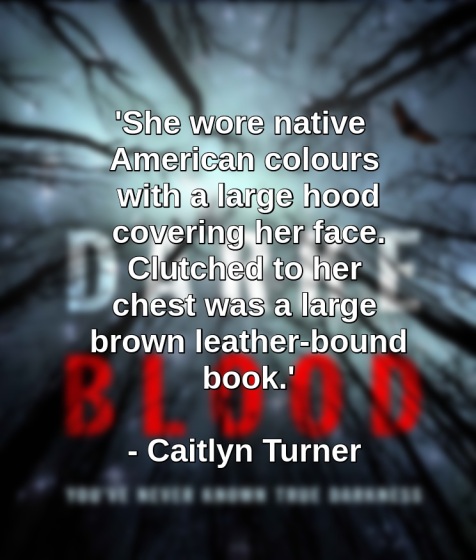 ‘Our following could benefit with more like you two. I shall give you a day to think about the choices you make. If no, then the sun’s power awaits you.’

Survival was just the beginning…

The lone Follower Twister is no longer a solo Warrior. His newly assembled group look to find answers about the evil that lurks below. Their story becomes aligned with the occult. They learn of Twister’s origins and the ‘book’…

‘Dreads gently took out a large leather-bound book from the felt bag. That was the first time I saw the symbol. You know, the pentagram with a crucifix over it…’

Everything you thought about these stories is going to change. There has been an awakening in Darke Heath and so the fourth corner appears….

The characters of these stories will collide in an epic cross over full of revelations, action and the occult.

Creatures, witches and vampires will collide! Picking up right where Part 3 ended we see the resolve of a cliffhanger that centers around main character Zach. After this incident he eventually makes his way back to work at night where things start to get a little strange.

This story was a fun, quick to read departure from the previous comedic accounts of Zach and shows that author Bruce Knapp can also do serious, creepy and psychological thrills very well. Elevators opening by themselves and the printer churning out ‘help me’ messages seem to be plaguing Zach; that is while guests appear to be checking in and then completely disappearing or even a rooster being reported running around on the third floor.  A lot can happen in one hotel overnight and some of it may be inside the mind while other events have an eventual explanation which forms into an unexpected twist at the closing of this story.

Overall I enjoyed this story like the previous ones and it felt a little different with even a ‘twilight zone’ style tone that was complimented by the resolve.