Each year in January/February they perform a pantomime which attracts hundreds of people.

2019 saw the premiere of their first exclusively written for the club panto ‘Beauty and the Beast’ – a modern take on the classic tale ‘as old as time’.

This brand new audience-tested ‘super panto’ show and it’s script is now available for licence to perform for all types of drama groups/societies via the IHDC Script Store.

For any enquiries and prices visit the IHDC website. The club is a non-profit which means it will not be beaten on price for licence to perform and will match any other price! 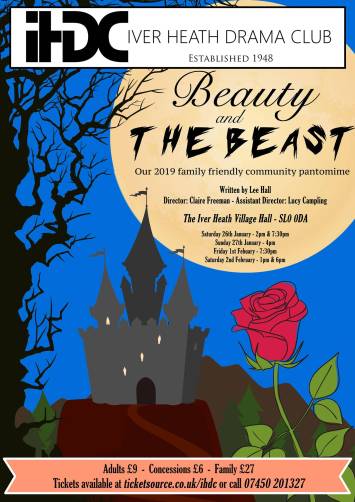 This brand of super-pantomime was a critical and commercial success for the community drama club.

New for 2020 – Snow White and the Seven Dwarfs will be available for licence to perform! 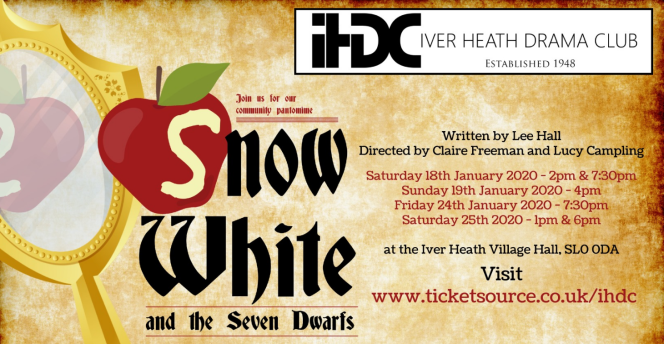 ‘Hotel dOOM’ is a one act murder mystery play written and directed by Lee Hall for the Iver Heath Drama Club.

Thunder claps and lightning strikes as private investigator Johnson Jefferies and his quick thinking assistant Maestro Mateo are called to investigate a theft. The curious case of the missing ruby necklace. Events soon takes a turn for the worse when things start to get a little murdery. 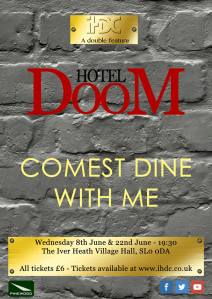 There are laughs throughout as the case unravels and the investigators a joined by an ensemble of sometimes suspicious, sometimes cliche and sometimes cross dressing characters guaranteed to give anyone a sense of humour. From hiding in the cupboard to groaning in the basement the comedy will get you in one way or another.

The play was first performed over two nights of two one act plays, the other being ‘Comest Dine with me’ for the Iver Heath drama club with record attendance figures.

Available now for licence to perform!