One giant leap into the future of humankind via the cosmos through the vessel of science that makes for a fascinating read! 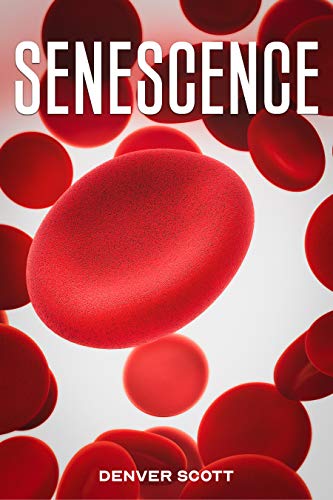 Denver Scott delivers a deep dive look into the future of human life where the line between science and fiction merge flawlessly. The science element takes centre stage and carries the presence of a main character consistently throughout what is a truly fascinating read.

Senescence covers a lot of ground (or space) and initially focuses on a futuristic world of extremes in both medical advances and the potential threats there are to humanity. From the eventual hazards of ‘space junk’, eradicating illness and even the future of genetics, all of the directions this book takes a reader on come from mostly real scenarios that are backed up with science which is then extended further – it’s a unique concept and style that keeps the story moving while also proving that the author’s imagination and knowledge go hand in hand. Creativity meets realism with terminology that’s both new and familiar such as ‘Histolog’ and ‘VIP’ – Vitally Improved Persona, none of which feel like fiction at all.

Much of each chapter is made up of an explanation or story that surrounds the subject matter in what is an unlimited guided tour into the future where attention to detail is at the very forefront. We meet characters who are on that journey much like us. Commander Jenna Morton is a genetically perfected human creation and along with her crew are on a pioneering voyage of discovery. It is on that voyage that we experience these wide range of subjects from our own planet’s nature/history to it’s future along with humankind, civilisations, terraforming planets, deep space travel and even time travel.

Even though I am more on the layman level of understanding, not once did I feel out of my depth as the writing style is accessible to any reader of the curious persuasion, especially those interested in the cosmos. This is a book that celebrates humankind and science that will stir your imagination while also being informative.