Original, eloquently written and thrilling. A tale of deception that reads like a spy thriller but carries a much deeper meaning… 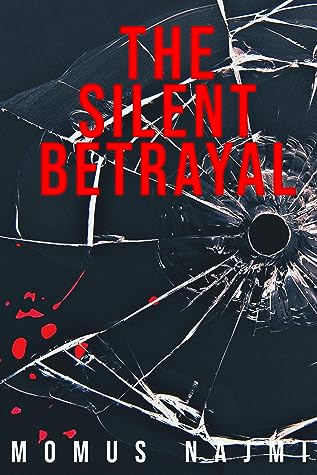 Momus Najmi has written a thrilling story with an original and eloquent narration style where main character ‘Johann Blakemore’ candidly confides in the reader on a journey to lift the lid on his rich father’s sinister past. This high society world is introduced with a stylish combination of pessimism and humour through the eyes of a character that knows something isn’t right. Just how did his father earn such a wealth?

Even being in line to the throne of big business and lots of money doesn’t particularity interest ‘Johann’ and especially if the source of it may have a sinister origin, neither does the prospect of being arranged to marry, even if he’s indifferent about it – a conflict he must face time and time again throughout the journey of twists and discovery. Just who is on ‘Johann’s’ side? That is something even he will have to think twice about in a book that reads like a spy thriller and then eventually becomes a spy thriller and it’s a fun thought provoking one at that.

The author has put in much effort to explore so many moral subjects throughout but in light doses. From politics, business, charity, freedom of choice, greed, wealth to even our wider purpose in life there are some thought provoking moments while the story gradually builds towards a satisfying finish. We see unexpected twists, turns and eventually answers in the form of surprising revelations for our main character.

From this beginning I could tell this book was unique gem of a read and not once did it feel like a chore to turn the pages, quickly I might add. This is definitely a read I would recommend for anyone looking to take on something original, thrilling and thought provoking.

5 Stars –  A cracking read that kept me interested all the way through. Reviews left via Goodreads and Amazon.

One thought on “‘The Silent Betrayal’ by Momus Najmi – Review”