A masterful labour of modern honesty, told through the lens of a lonesome soul trying to figure out this world and life… 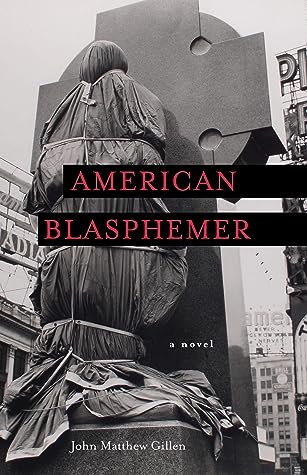 John Gillen has put together a series of life encounters; his own bible you could say or even a modern companion to it. Of course that could be classed as blasphemy through the eyes of some but the many references to God and religion is but a metaphoric vessel used to tell these candid stories. That being said, through all the events that take place its also about his relationship with religion and not once did I find it preachy or overbearing in that sense.

From the title you can probably guess it’s going to take readers to places of a sordid nature and it does, but that’s not for the sake of just telling a story or for the shock factor, its for a deeper meaning that each reader might grasp differently – only a true artist can achieve that. Past the drug taking, the sex and the chaos in these accounts you’ll find the real meaning behind it all and an honesty, a pure and raw poetic honesty. This is a modern reflection of America that highlights violence and a historic thirst for war, it doesn’t sugar coat anything and even touches themes that are happening right now in the world.

I found myself unable to look away right from a beginning that introduces John among a dysfunctional family, he knows them well although he isn’t like them, he isn’t like a lot of people. The many stories might even represent an ‘anti bible’ because like that text they include similar themes such as charity but with a hope of self gain and even a captivating encounter with temptation and bargaining that leads to something much more sinister.

For everything that is laid out on the surface, the trials, the tribulations and the misadventures all of which could be even be classed as ‘total cinema’, it’s what you’ll find underneath that makes this book well worth taking the time to read.

4 Stars – Here’s the link to my Review which premiered on Reedsy Discovery , thank you to them for providing a copy in exchange for this review. This may be one of the most unique books I’ve ever read. You need to check this one out trust me!