I don’t like talking about my books. I tend to go on and on and on… until people change the subject. This post does exactly that but without you changing the subject.

I am ready to talk about the Darke Blood sequel

When I decided to seriously pursue my dream of being a story teller I never let anything hold that vision back. You could argue I still haven’t because even after releasing my first book back in 2016 I charged forward and put out three more in two years.

There were a bunch of things I learned; after all I built this whole blog thing from zero.

Some lessons were painful, arduous and frustrating. But it wasn’t all bad, I’ve seen some real reward which is only coming to fruition recently – my biggest learning curve above all is that things take time and so does success in writing and blogging. I now have some awesome fellow writers and bloggers in my corner. And my audience is the biggest it’s ever been.

Only a small portion of this publishing journey has ever really struck me enough to properly hurt and even then it was during the process of getting book 4 published. Book 4 also happened to be the first sequel I delved into.

Unfortunately or fortunately for my readers one of the natural core values of my writing is complication. I would even boast to say all of my stories probably apart from The Teleporter are hugely complex. I cannot help but plant stuff in narratives for future story arcs and pay offs which will come further down the line. You could even say I am serial plotter when it comes to writing. Much of the time I live in my own mind putting together massively complicated stories full of detail, history and futures. It’s actually incredible knowing everything or at least the main details of what is going to happen in a story sometimes years before they ever see release. By the time you’ve read one of my books I’m already in the sequel or another world entirely.

And so here comes the theme of this post. When I essentially started again in 2016 with Open Evening (my debut novel), I drafted that book with a sequel in mind. But before  Open Evening got published I delved into another stand alone book called Darke Blood. 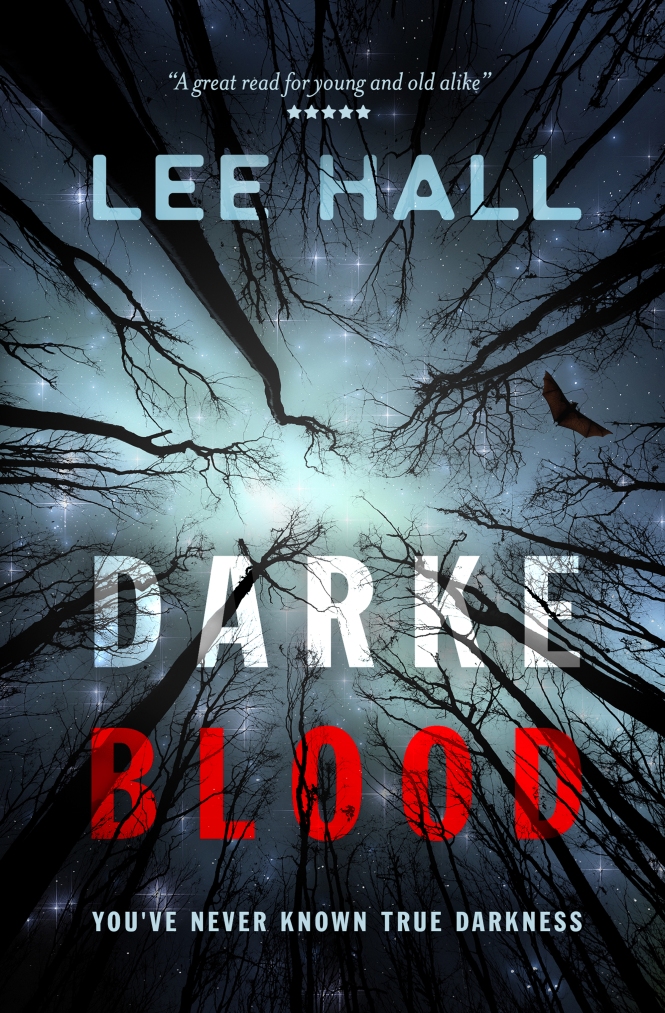 I had quite a terrible time drafting Darke Blood for a number of reasons.

I now realize this is probably why Darke Blood turned out so damn good…. The second book is where authors become authors… the struggle is reflected in some pretty epic twists and turns – this was literally me not knowing wtf I was doing…

After almost angrily sending what was probably a quarter of Darke Blood draft 1 into the recycling bin – I give credit to a particular angry gym session for convincing me not to – I had a big time epiphany.

It makes sense and I’m talking big time epiphany style so it was time to get complicated – my comfort zone in writing.

Immediately I began to plot like a motherfu**er. And although Darke Blood is a stand alone story; and stands alone  impressively well (Caitlyn Turner is a pure badass, Blake Malone is a great MC and not to mention Angus and Splint) it also works as an incredible addition to the universe which Open Evening shares.

Are ya still with me? Well let me explain via bullet points:

I have left out one major detail from the above timeline:

2018 – I drafted the Darke Blood sequel – ‘Darke Awakening’ and it sits idle awaiting the day it may see an editor.

2020 –  I am currently editing ‘Darke Awakening’ and honestly I am so happy with it! Of course it needs work but it’s looking awesome!

So if you are still here and have trawled through the above stuff I will now finally talk about this post’s subject matter and it’s quite simple:

Just why have I held back in releasing Darke Awakening?

Darke Blood is set in the same universe as Open Evening and Cemetery House. I know of less than 5 people who have read all 3 of these books.

But, but, but, before I say anything further, there are some awesome folks who have read these books and put out some wonderful reviews and support for them! Seriously thank you.

You have to read all three of these books before reading Darke Awakening.

Notice the gap because as long as you read Open Evening before Cemetery House you are all good in terms of overall order. It doesn’t actually matter when you read Darke Blood…

The main trouble with all of this is that I decided to make these worlds share the same universe before anyone really read them or even thought they were any good. Now if you ask me, Open Evening; although it is my debut novel; it isn’t my finest hour – younger readers enjoy it more and it is targeted at school age readers – not to take anything away from their taste, they just appreciate it more, it appeals to them more, its based in a high school. It may not be my greatest but I stand by the fact the story is good. It has also been newly edited this year.

I also stand by the fact Cemetery House’s story is good along with Darke Blood’s which is probably aimed at slightly older readers. Without these books I would not be the author I am today.

So here’s the conclusion. I want to see Darke Awakening get published. And so back to my first sentence of this post, I’ve never let anything hold me back and just because less than 5 people have read all three books in the same series doesn’t really matter. I do this because I enjoy it, I live for the worlds I build and the characters that reside in them.

Anyone who wants to see Darke Awakening happen then I implore you to reach out and tell others about my stuff. I started this in 2016 from zero.

For those who haven’t read any of these three books which are part of the ‘Order of the Following’ series I will happily send you e copies for free.

If this all goes to plan, you can expect Darke Awakening to be released this September!

and even then it was during the process of getting book 4 published. Book 4 also happened to be the first sequel I delved into. Unfortunately

3 thoughts on “Lets talk about the Darke Blood sequel…”