Yes fellow scientists, the results are in! Even though most of us aren’t actually scientists we shall adopt their method of recording the findings of all experiments and these include book promotion efforts.

As most of you know The Teleporter was selected by book bub to be featured for 1 day and advertised at a discounted price in Canada, UK, India and Australia. Here are the results of that deal.

Here are the results: 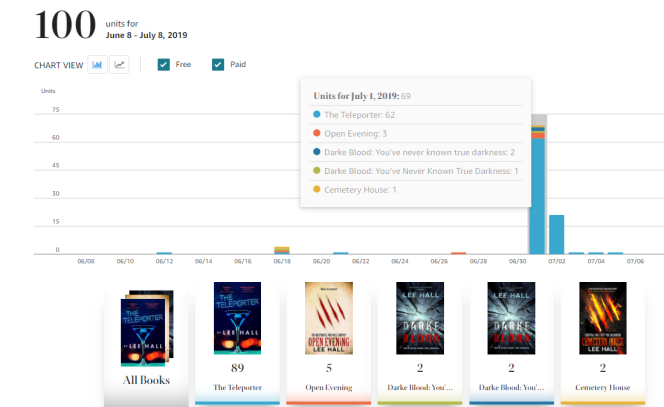 On the day of the promo The Telporter was downloaded 62 times, I also picked up sales for every one of my other books making July 1st 2019 my best ever day in book sales

I even managed to shift 2 paperbacks!

Outlook for the future:

Even though the figures were high they weren’t enough to tip the profit scale, but that’s okay, I an indie author, profit is a rare thing and I’m in the business of getting my stuff out there, money will come later…. And it’s still early because here are the KENP reading figures 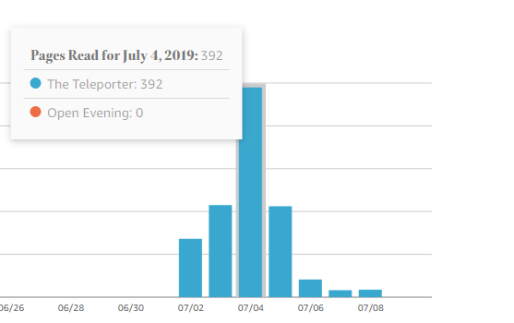 This graphic shows people reading the Teleporter for 7 days straight, another groundbreaking record! 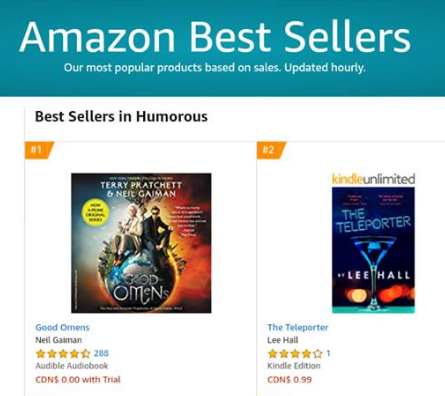 Over in the Canadian charts The Teleporter peaked at Number 2 only being bested by the audio book of Good Omens! If there were a few more sales at that time it probably would have reached numero uno but I’m taking second to Neil Gaiman and Terry Pratchett!

Was it worth it?

A resounding yes. Next time and I hope there will be a next time I am going to ‘stack’ my promotional efforts by using other book promo sites at the same time. You can check out a list of those here in my nifty book promotion 2019 guide

Either way The Teleporter which 2019 is becoming the year of, got out there in all 4 of the countries it was advertised. Of course these are the results only a week after the promotion, so the long term results are yet to be apparent. I’m hoping to see a few more reviews and hopefully some more sales.

Tip of the cap to everyone who grabbed a copy of the booziest hero out there!