A fun, emotional and sometimes laugh out loud film that finds the true meaning of purpose and life… 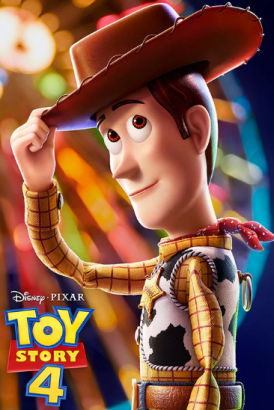 There are many sequels out there that never live up to the heights of their original, many try to recapture the magic of the first and there are even some that just re tell an old story.

Toy Story 4 achieves way more than any of it’s previous installments in what is a true masterpiece of storytelling. Now some of you are probably wondering what else is there left to tell other than just remapping of old ground. Well in this film the word purpose is explored in a deep and somewhat emotional fashion. Toy Story 4 is not just a fun action packed adventure, it’s a deep look at the purpose of life and its beautifully done.

Just what happens to a toy when its owner no longer wants to play with it? You can find out by watching this film. Its a combination of nostalgia and something new; a concept many sequels barely achieve. Woody embarks on a journey of reflection while doing what he does best; caring for other toys and trying to be there for his kid; along the way he finds the truth and although its sad, it’s kind of liberating and heroic.

The concept of Toy Story is such an original and fun thing. It has captivated generations of kids including me who saw the first one at aged five, I was blown away then and I am now by the fourth. On more than one occasion I will happily admit I was moved to tears during this film; the triumphs, the drama, the comedy and the reality of purpose this film conveys caps of what is a wonderful series of imaginative stories.

The animation looks real, something I noticed straight away. Pixar have done an awesome job in putting together the epitome of emotional story and childhood all rolled into a fun film!

You’ve got a friend in me….

5 Stars –  A must watch for everyone who likes the series…